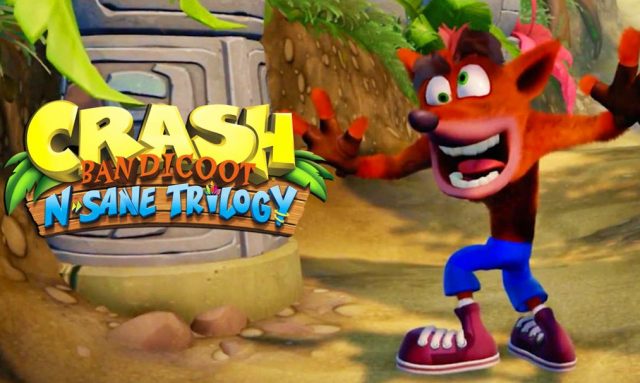 If you grew up gaming in the early 2000s, or just have an appreciation for the classic games of the PS2 era, here’s a triple dose of nostalgia for you and your loved ones to enjoy. Across the three games in the original trilogy, you can pilot Crash over, under and through the obstacles that make up the many levels. You can take it easy, and just try to make it to the end of each level, or you can challenge yourself or your family by trying to get every available collectible.

Even if you’re not the one with the controller in their hands, you can still appreciate the lush, colorful world and the game’s zany humor. It can get fiendishly difficult at points, so it’s perhaps not the most relaxing game on this list you could pick, but there’s so much content you’ll be busy for hours. 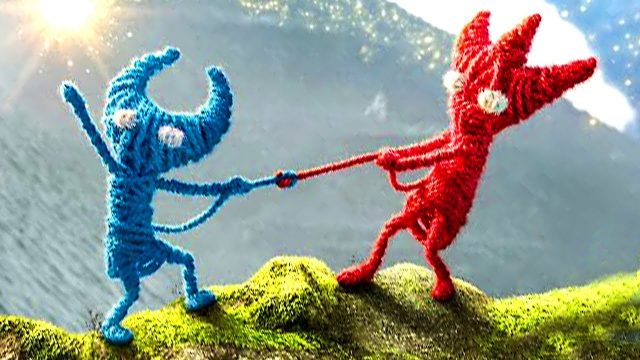 Unravel Two mixes a pair of adorable protagonists, a red ‘Yarny’ and a blue one, with a blend of challenge and beautiful storytelling. Players unravel their Yarnies, controlling either both at once or a single one with a co-op partner taking the other, to solve puzzles, avoid enemies and navigate obstructions in the environment. The same goes for the background story too – there being a second set of characters and events going on behind you as the Yarnies travel forward, with interesting parallels between your experience and that of the two children you keep seeing but never meet.

It’s not the longest game out there, but it’s challenging enough for adults and older kids while being cute enough to keep younger children in awe, with a wholesome message about working together to overcome any obstacle in your way. 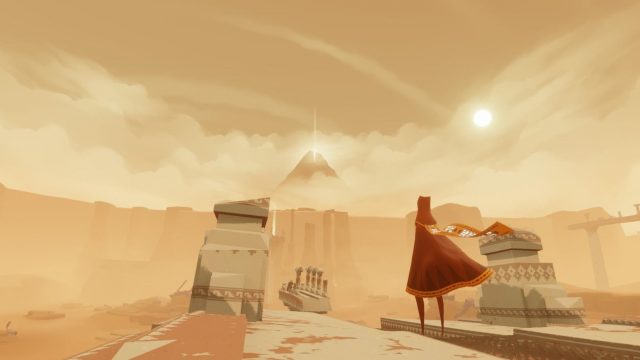 Years after Journey’s initial release, it’s still a treasure. You start as a red-hooded figure dropped in the desert and embark on a journey that involves walking, soaring and sledding through diverse environments in a truly cinematic fashion. It’s simple to play but will keep the attention of both children and adults as it draws you in and makes you fall in love with beautiful visuals, a stunning soundtrack and a silent protagonist who can make you surprisingly emotional.

The gameplay is simple – mostly consisting of walking, running and jumping. However, your character’s scarf can gather magic in the form of flying pieces of fabric that you summon with a musical shout. There’s the option for co-op too with other players online, but there’s no way to communicate, which is not only a novel experience but also means there’s no risk if your kids encounter another player online. 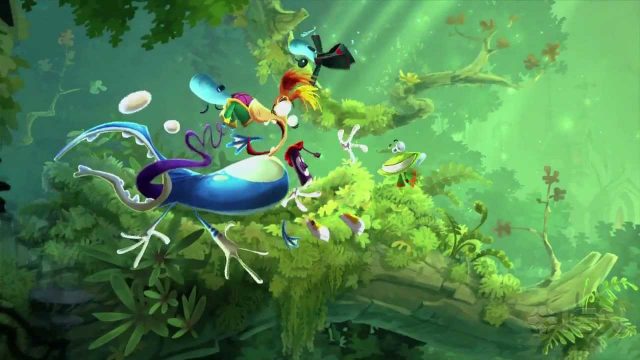 Rayman Legends is exquisitely drawn, but it’s no cartoon. The hand-drawn art is mixed with solid 2D platforming action and an awesome soundtrack that brings everything to life that will draw anyone in.

Grab a kid or spouse and play in chaotic local co-op over 120 levels, including awesome rhythm-based challenges and epic boss battles. You are carefully taught everything you need to know to beat the game level by level, so even new gamers should find playing this game a breeze as you grab the many collectibles you need to unlock new levels and characters. And if one of you fancies a break, you can easily drop in and out as you like without disrupting things for the other players, which is great if you can only spare a few minutes to join in. 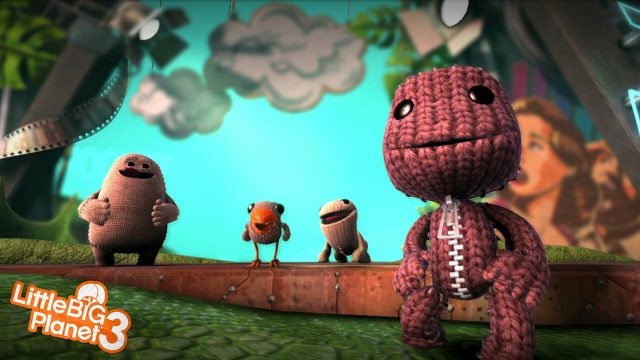 Your family will love LittleBigPlanet 3 for its cute characters and seemingly endless opportunities to create. The majority of the game is solving puzzles in a ‘2.5D’ world, but once you’re done with the included campaign (narrated by Stephen Fry no less), you can also create your own levels, characters, objects and more. You can also test them out, and share them with other players while trying out an inconceivable number of user-generated levels.

The game expands on previous titles by adding new characters other than the series mascot Sackboy who offer new abilities like flight, changing size and wall jumps. Furthermore, if you played the first two LittleBigPlanet games, you can use its downloadable content packs with this game, meaning you’ll never run out of novel content to play if you’re stuck inside with nothing else to play. 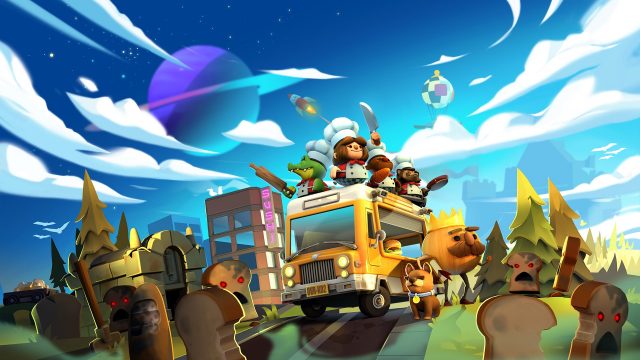 Even if your family won’t help you out in the kitchen, they’ll love the crazy cooking game of Overcooked. This is a party game that lets up to four players try to cook a meal (and wash up as well) in various kitchens around the world. A team effort can create a meal fit for a king, but you could also end up burning all your ingredients before you get a chance to get started.

You’ll need good communication to face the challenges ahead of you, as no one player can do everything in the kitchen without running out of time. Plus with different meal orders coming in and parts of the environment changing and moving, it’ll be a great achievement to get through the whole game, let alone score three stars on each one. 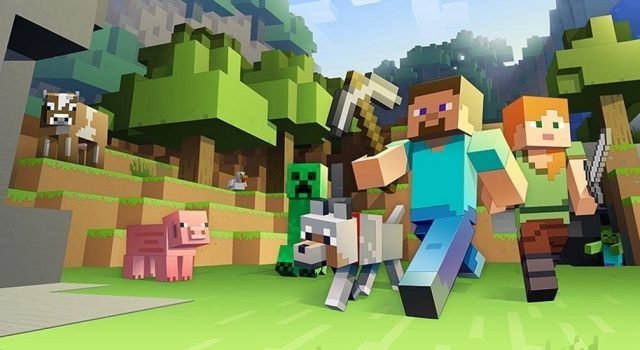 Whether or not you have a kid, you will have most likely heard of this game: it’s become a juggernaut of entertainment in just a few short years. It offers the creativity of Lego with enough varied gameplay systems that any player can find something they enjoy doing and work at it for hundreds of hours.

It works perfectly well as a single-player experience, but pick up a controller and you will find that up to four players can build a blocky world with no limits in Creative Mode, or the group can take to Survival Mode and explore, dig up rare resources to improve your gear and base or fight the Creepers, zombies, Endermen and other baddies as you complete a series of goals that will take you through everything the game has to offer. 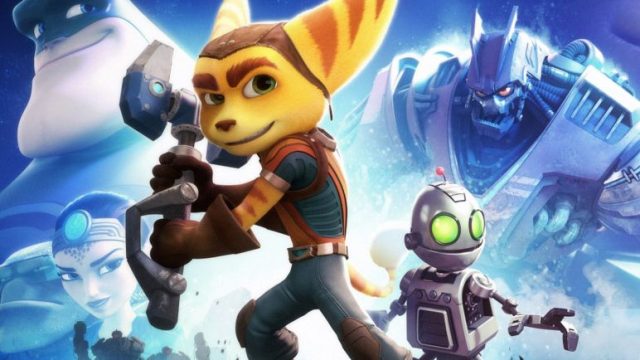 While the Ratchet and Clank movie was pretty bad, its movie tie-in, a remake of the original 2001 PS2 title, is polished and addictive. The characters, be they good or bad, are charming and funny and it doesn’t hurt that they and the environments look great too.

The platforming is intuitive, and Ratchet getting the usual enormous arsenal of weapons and gadgets to play with, with both new ones and returning favorites. Clank also gets a fair chunk of gameplay himself, controlling tiny robots to solve puzzles, and there’s a sprinkling of spaceship combat and hoverboard racing to give players the kind of gameplay variety only old-fashioned platformers can manage.

The reimagining of the series is enough fun to delight old fans and rope in newer players. There’s no multiplayer, but it’s still fun to watch as a non-player, just to take in the sights of the action-packed planets. 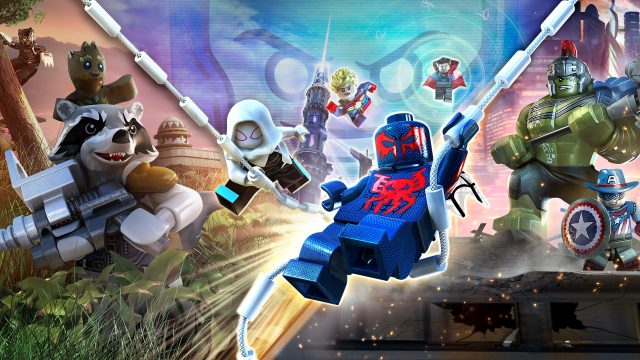 You love video games, you love Lego bricks and you love the Marvel Universe? Lego Marvel Super Heroes 2 is perfect for kids of all ages, letting them play as heroes and villains in a massive cosmic storyline across the globe and multiple realities. While fighting Kang the Conquerer, you’ll see all of your favorite heroes from Marvel movies as well as comic favorites like Kamala Khan (Ms. Marvel), Spider-Gwen and Mysterio.

The game’s story means you get to do a lot of interdimensional and time travel during the game, which means new fun twists on your favorite heroes depending on the era you’re currently in. And you’ll want to find as many as possible because the central mechanic of the Lego Marvel games is switching between a range of heroes to find the one who can help you solve the problem each part of the level presents. 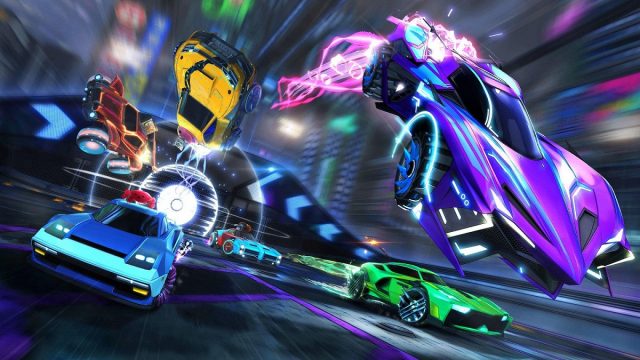 Rocket League is downright addictive, and it will bring out the competitive side of your family. The popular multiplayer game combines cars with soccer on a giant pitch, using turbo boosts and fancy steering to guide the ball into your opponent’s goal. If that doesn’t sound exciting enough, then the game offers a huge number of ‘mutators’ that will change parts of the game in different ways, like changing the physics to turn this soccer-like game into one more like ice hockey or basketball.

It’s an easy concept to understand but takes time to fully master, so it’s great if you want a new digital hobby or just want to quickly set up a ‘pick up’ game between first-time players who want to try it out. Up to four players can play together with split-screen multiplayer, so everyone can play together and score goals in fast and furious ways. 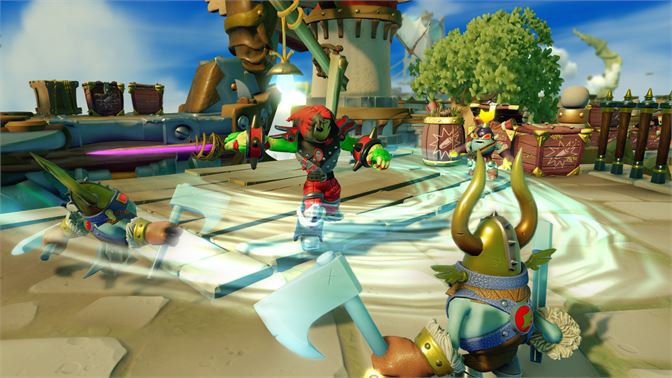 The toys-to-life craze is big with younger games, and there’s no franchise of this genre as big as Skylanders. There have been numerous generations of Skylanders that have all changed up the gameplay in numerous ways, but backward compatibility means any figures you buy will work with any previous version of the game

The most recent version, “Imaginators” comes in a starter pack that includes two characters and a creation crystal, which you can use to create your own characters or play randomly generated ones. The game itself features platform and combat action, with swapping over the figures on your Portal of Power peripheral necessary to complete the levels. The constantly changing environments and challenges, combined with the unique tactility of using the toys to summon your in-game character are what make the Skylanders experience a uniquely enjoyable one.