For those who were alive in the 1980’s they seemed much simpler in many ways, many of the high tech gadgets we have today were not even thought of. Social media wasn’t invented and there was not even a hint of a smartphone or tablet. Imagine a world with no internet at all! But don’t think for a minute that the 80s were a boring analogue age, in many ways they paved the way for the gadgets we have today. Check out these 8 best 1980’s gadgets that defined a decade. 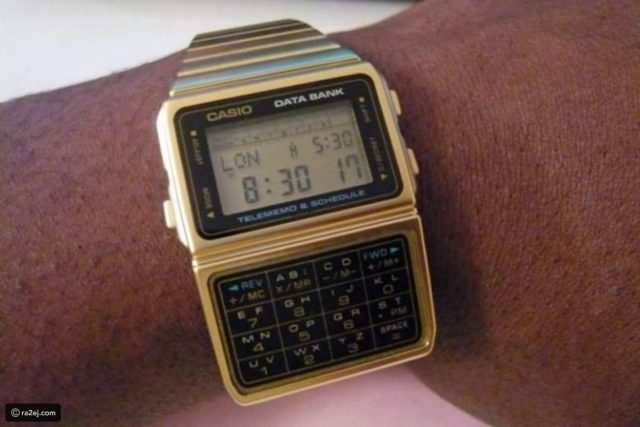 How cool was this watch? Many of these are still sold on the likes of eBay today, you can even get watch faces in a Casio style for your smartwatch. One of the most desirable was the original gold version of the watch, the DBC 610. First released around 1985 and was later re-released because the demand for it was so high. Able to store data and calculate any exam answer this 1980’s smartwatch was years ahead of its time. 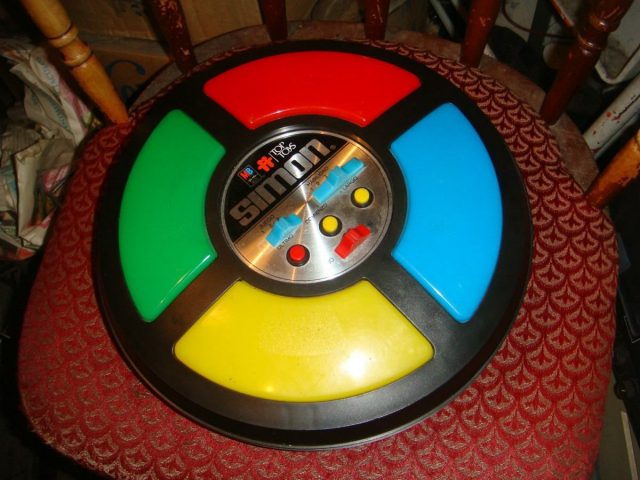 This 1980’s classic electronic game is still sold today, in fact, Epic Games featured a challenge based on it in as one of its battle pass challenges! The premise of the game was simple, just copy the sequence of the coloured panels as they light up and make a sound. Get it right the sequence becomes longer, get it wrong game over! Released in 1978 it became a pop culture icon of the 1980s and still lives on. 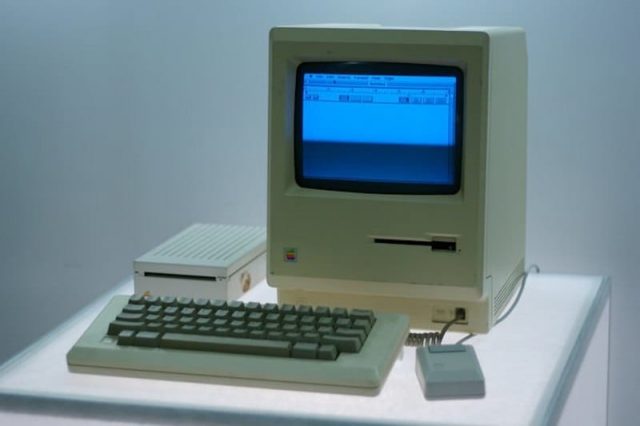 Many many years before the epic debut of the iPhone by Steve Jobs in Cupertino in 2007 his and Steve Wozniak’s company Apple specialised in personal computers. Named the Macintosh 128k this computer was released with the usual apple glitz in 1984. The advert for the computer was broadcast during that year’s Superbowl and was created by Alien director Ridley Scott. Getting its name from its 128k or RAM it had a 9-inch monitor, a floppy disk drive and was moved easily due to the handle on its top! Surely it paved the way for the Apple world we know today. 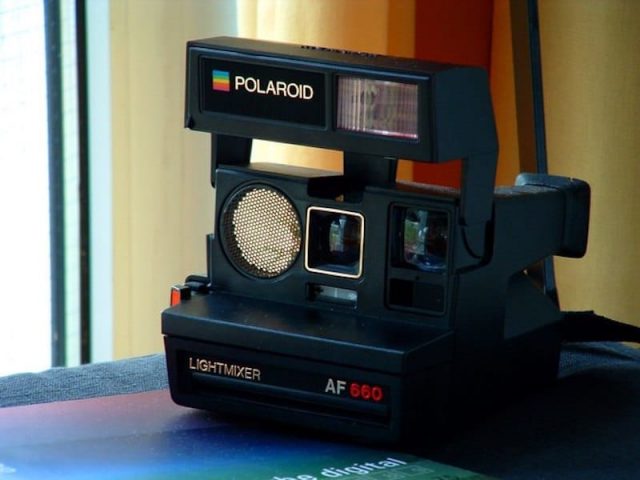 Once massive, Polaroid cameras have come back into fashion with the release of a digital camera that looks like the retro Polaroid cameras of the 1980s. The original cameras can still be found online selling for very good money! The autofocus version (AF) had a 116mm lens and was the first camera to use Polaroids patented autofocus tech. Instant photos in the way of a photo that popped out of the camera and developed before your eyes! 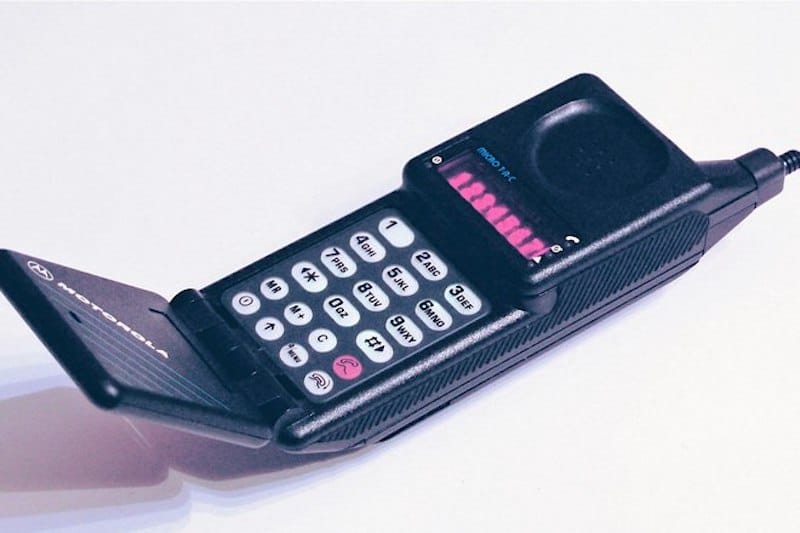 Early mobile phones were chunky large ‘bricks’, but Motorola’s MicroTAC was the very first compact mobile phone. Featuring a flip that revealed the microphone to speak into, it was released in 1989 and sold for $3000! Featuring an 8 digit dot matrix display and a 12 button keypad, the design paved the way for many phones that followed it. 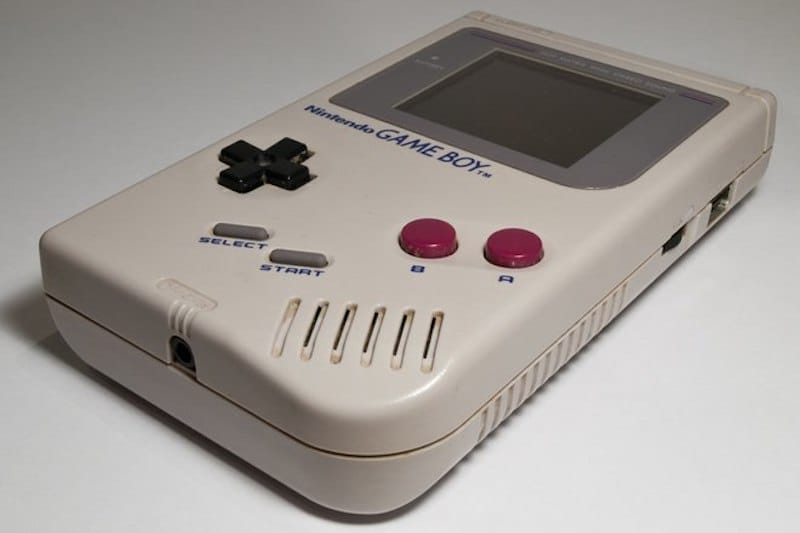 After the massive success of the Nintendo Entertainment System, Nintendo released the first of its super-successful handheld gaming systems, the Game Boy in 1989. The A, B and D-pad controls were the same as the NES and it featured a green LCD display. Rom game cartridges could be slotted into the back allowing interchangeable games on the go! Powered by four AA batteries it was followed by the Game Boy Color and the DS, selling a massive 118 million units worldwide. 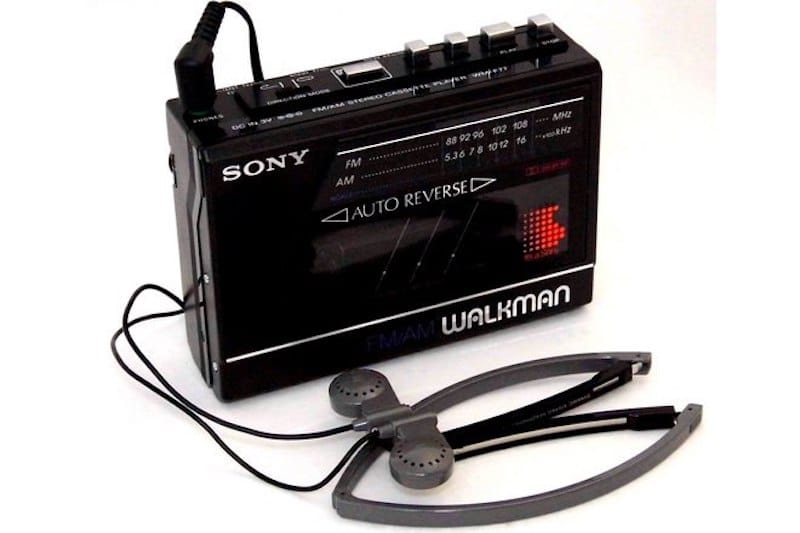 Forming the way for the iPod the Walkman was the original portable cassette (yes cassette) player. Unlike many portable radios, the Walkman allowed people to choose what they listened to via portable earphones connected to it. Some models featured a radio also, but the walkman alone was the main reason for Mix Tapes! (Google It!)

Probably one of the worlds first handheld gaming consoles, this educational game was released in 1978. Featuring a visual display it was the first of its kind letting children learn how to spell popular words whilst playing different games. Using a single chip microcontroller and a speech synthesiser it paved the way for many of the gadgets we take for granted today.